On 9 November a team of Air Force Association Victoria volunteers gathered at the Association’s Hawthorn office to assemble and dispatch 705 care parcels for deployed Air Force personnel in the Middle East and elsewhere. 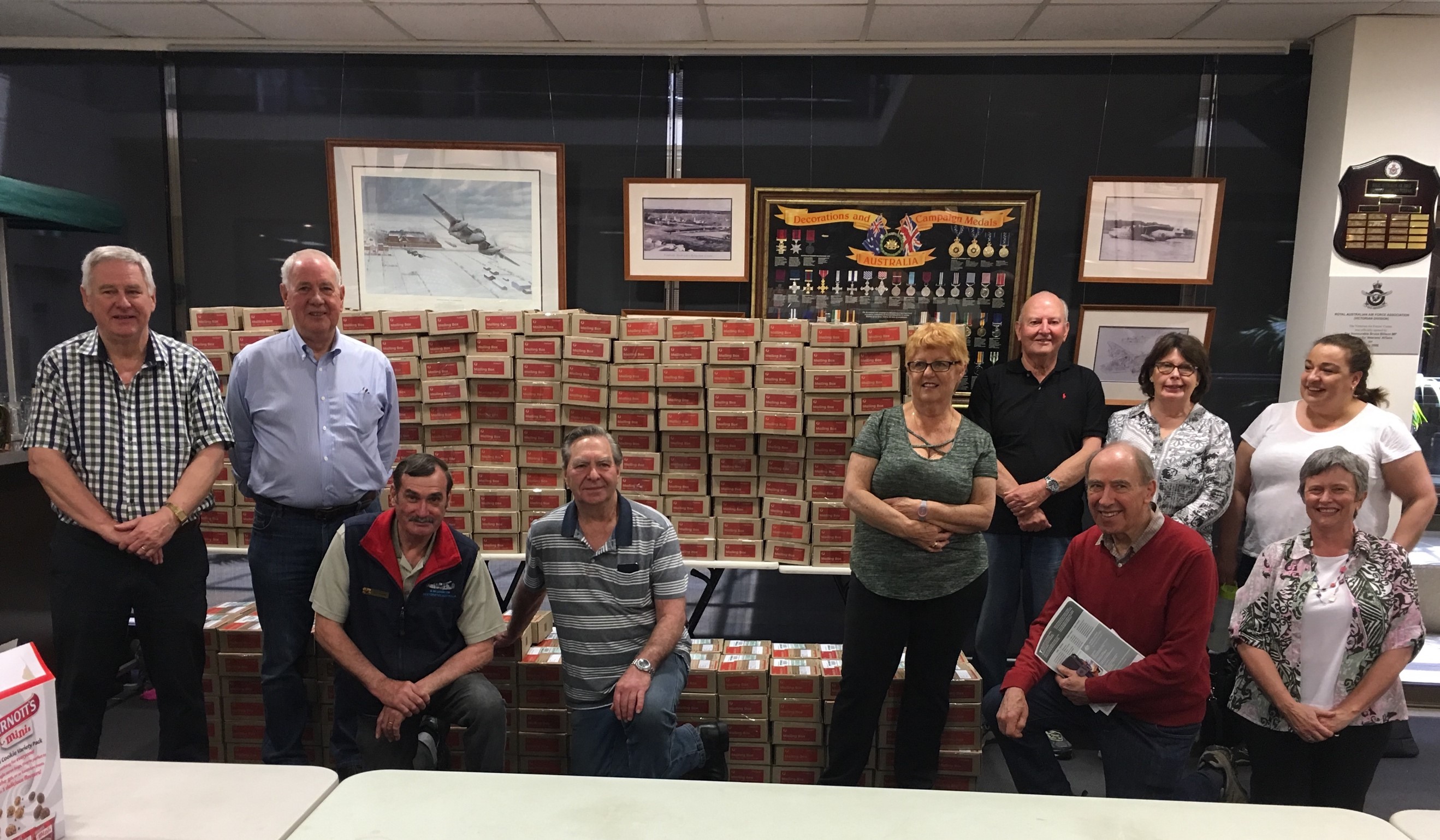 This year the AFA team was joined by volunteers from 21 Squadron, led by their Commanding Officer, Wing Commander Nigel Leurs. As past recipients of the AFA’s Care Parcel Program, the 21 Squadron members know how important it is to receive a little something from home at Christmas. 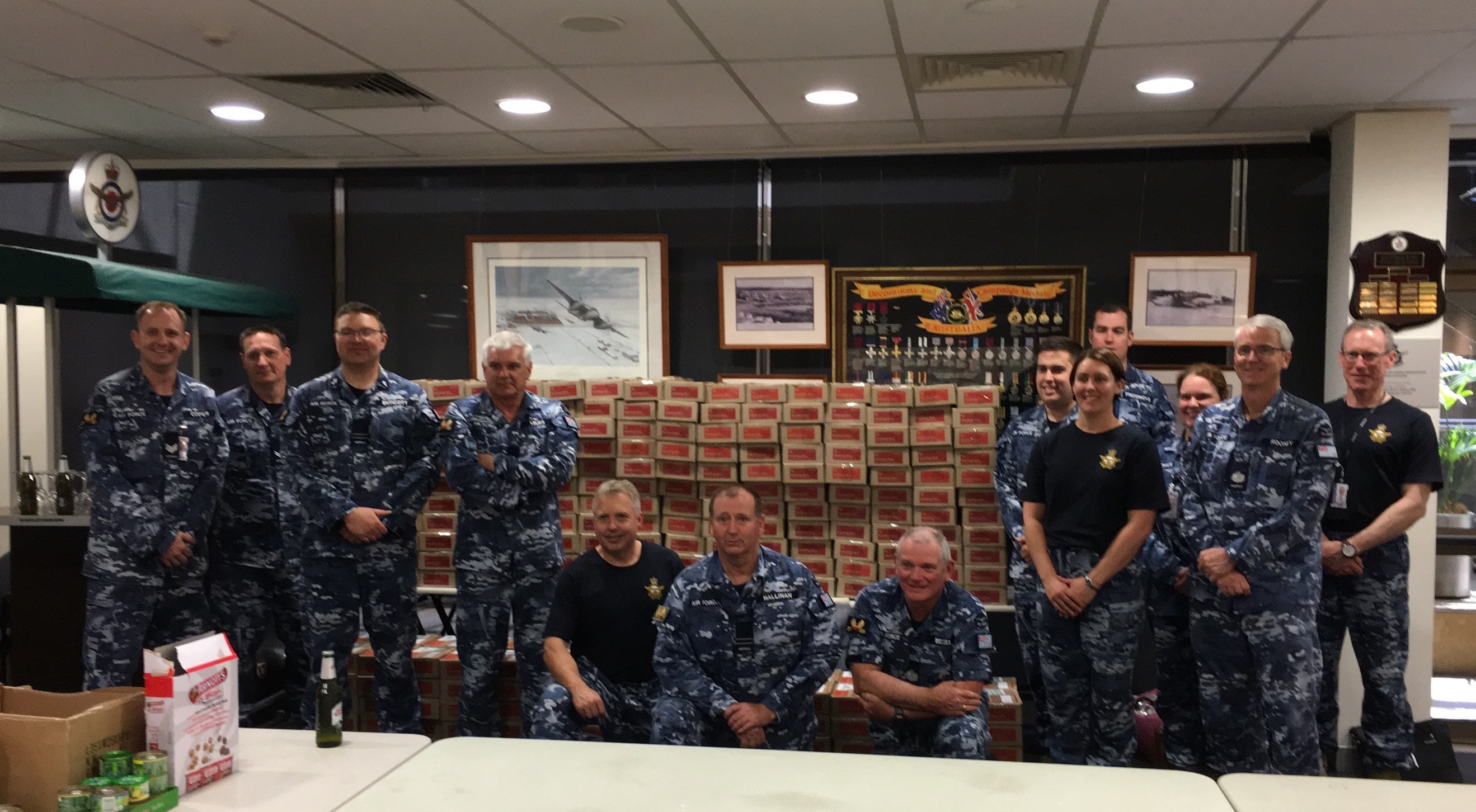 AFA (Victoria) has been running this program for several years and while in recent times the majority of deployed of Air Force personnel have originated from NSW, Queensland and the ACT, our Victoria Division continues to drive the program on behalf of the national Air Force Association.

“Any duty that separates us from our loved ones is challenging for members and for those at home – especially at Christmas,” said AFA Victorian President, Carl Schiller OAM CSM.

“Air Force personnel have a proud history of meeting operational demands overseas and the Association is immensely proud of our deployed members’ commitment and professionalism. We see the Care Parcels as an expression of support and pride in their endeavours.”

The parcels weigh approximately 1kg and include a range of personal and confectionery items catering for both men and women.

The Care Parcel Program has received numerous positive responses from recipients of the parcels, indicating the program is having a positive impact on the morale of deployed personnel.