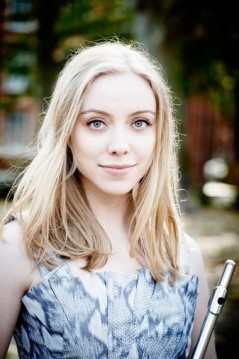 In 2010, Bronte Hudnott was awarded an Air Force Association Vietnam Veterans bursary to assist with her undergraduate studies at the Victorian College of the Arts.

Since then she has continued her studies as a flautist and graduated in 2015 with a Master of Arts Degree with distinction from the Royal Academy of Music. After trialling with several orchestras in the UK and working as a freelance musician, Bronte commenced work in March 2017 as Sub Principal Flute with the Scottish Chamber Orchestra.

In 2009, the Air Force Association Foundation, together with the RAAF Vietnam Veterans Association (Vic) and the Vietnam and Associated Veterans Sub-Branch, instituted an annual bursary to provide financial assistance to children and grandchildren of RAAF Vietnam veterans. This was later extended to children and grandchildren of RAAF members with operational service or three or more years of continuous full-time service seeking to progress their recognised vocational training.
Recipients receive support during their Year 11 high school studies, first year University or an equivalent recognised TAFE or vocational training course.
The Bursaries are presented at a joint RAAFA and RAAFVVA ceremony annually in February.

Are you interested in finding out more about the Air Force Association-Vietnam Veterans Bursary? Visit https://afavic.org.au/news/25801/raaf-association-foundation.