AFA Victoria received a surprise gift from a generous benefactor at our annual Christmas function on 4th December.

This year, AFA Victoria was again honoured to be presented with a second Norman Clifford painting from AIR CDRE Bushell. depicting Point Cook in 1914 from Ted Bushell.

Said Max McGregor on receiving the second painting, “On behalf of AFA Victoria, I thank Ted very much for these two magnificent paintings, which are s magnificent representation of our Air Force heritage.” 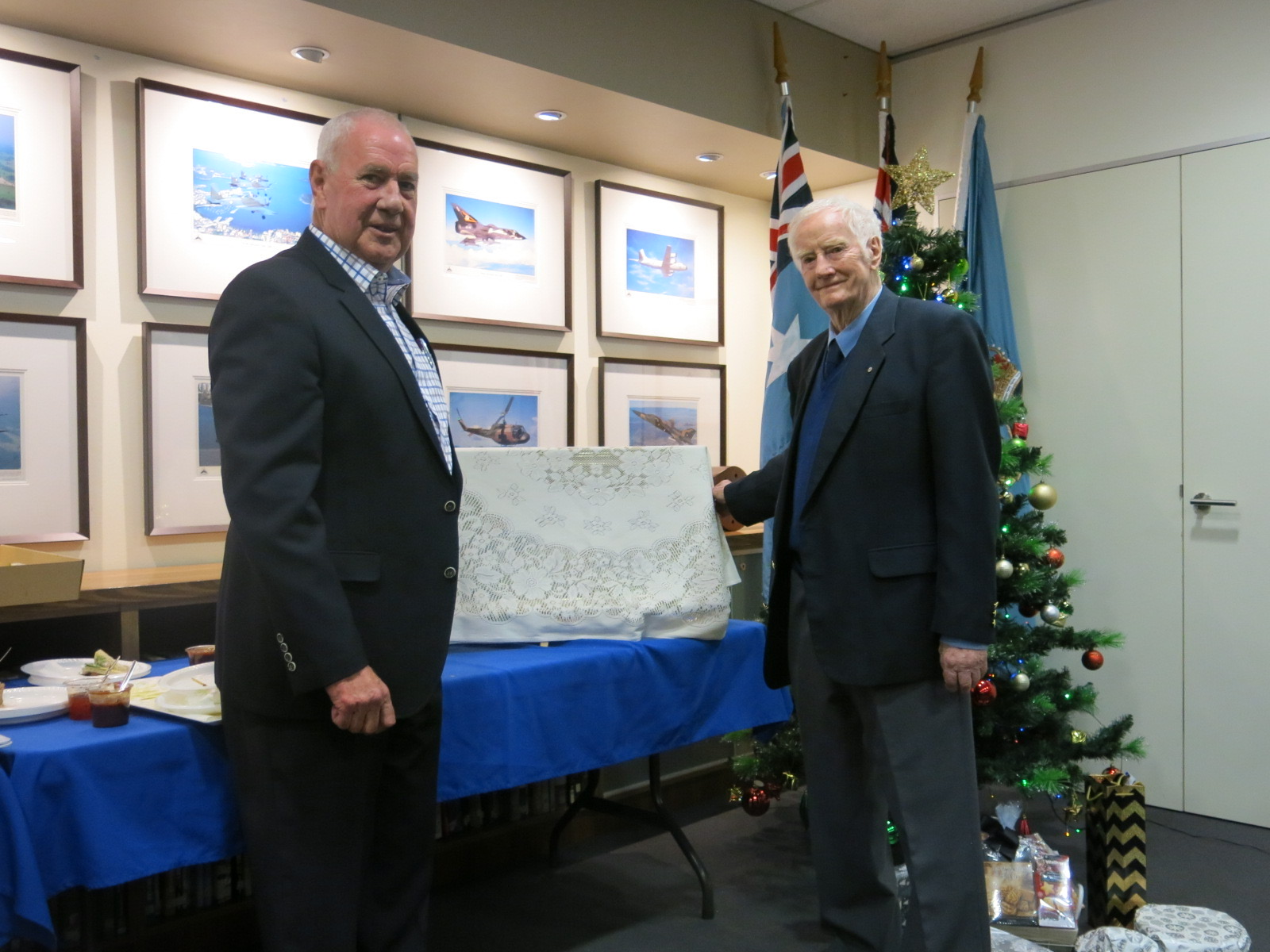 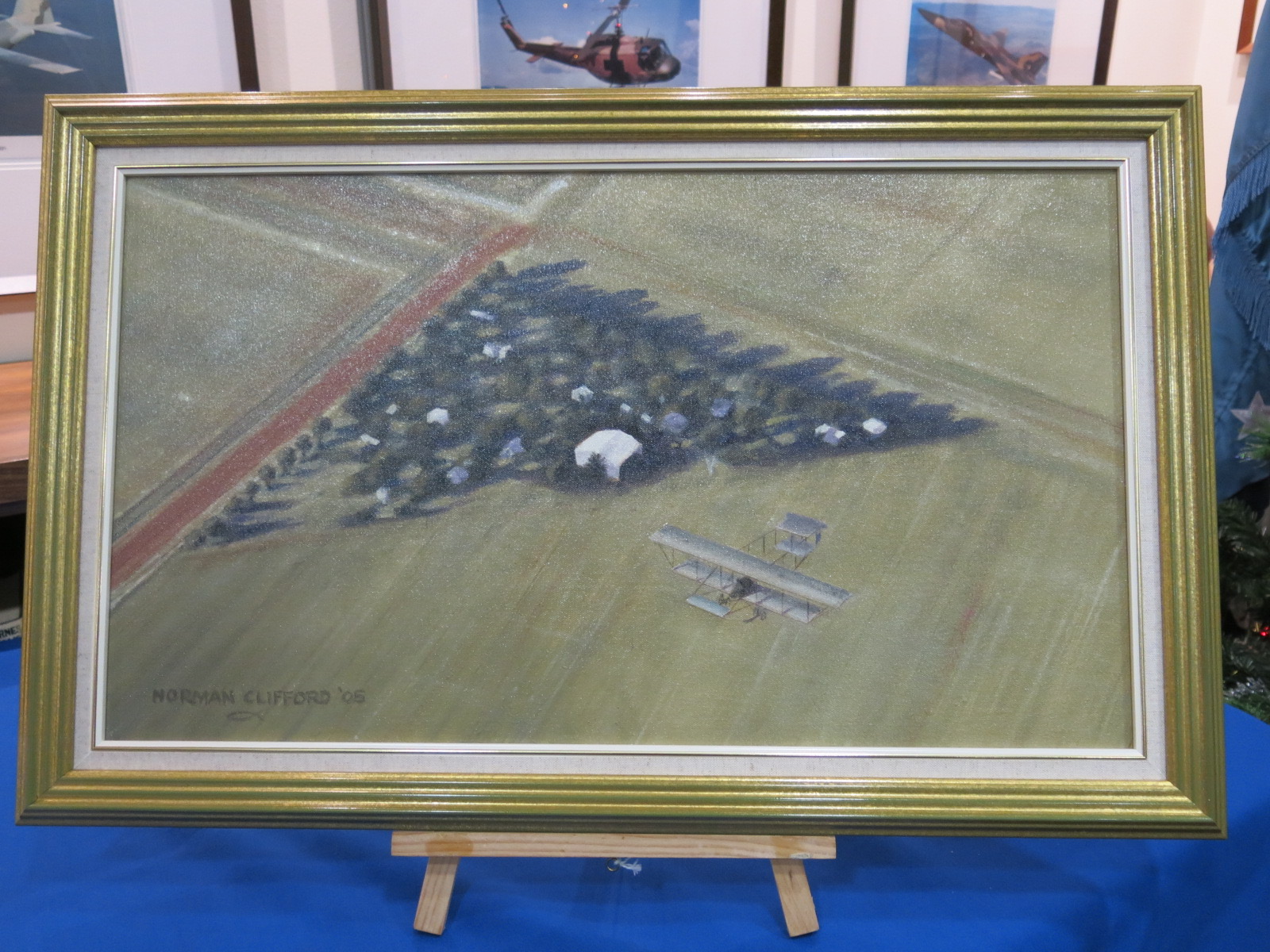 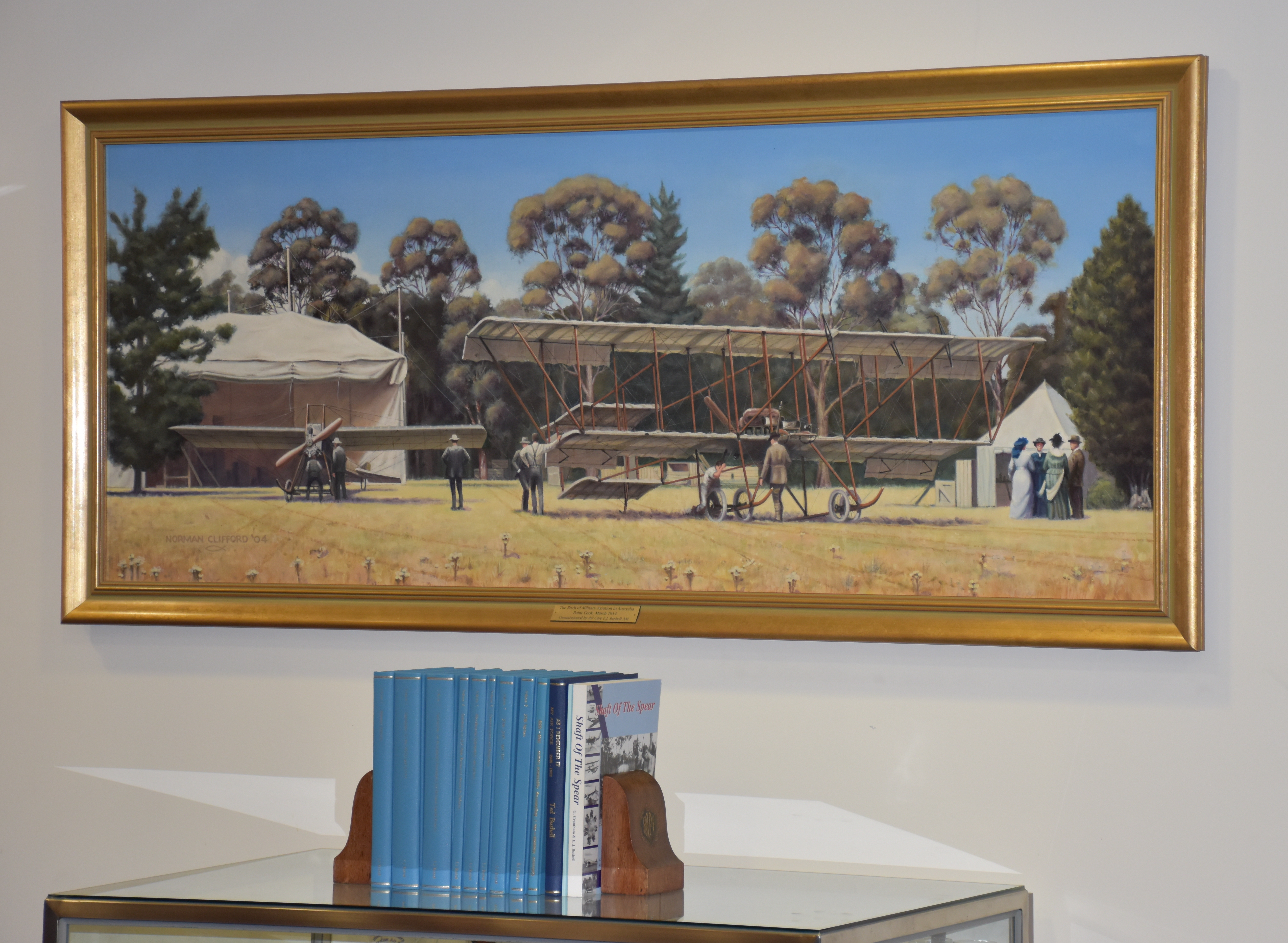 Above (middle): The second painting depicting Point Cook in 1914.