Stories of the Armistice: The Birth of the Australian Flying Corps

Above: Painting by Norman Clifford of the Central Flying School at Point Cook.

Following the decision that the armed forces of the British Empire should exploit the air as a means of warfare, the Australian Flying Corps was established on 20 September 1912.

The Australian Government announced the formation of the Central Flying School (CFS) and Aviation Corps on March 7, 1913 at Point Cook – Australia’s first and, at that time, only military aviation base – with just two instructors and five flimsy aircraft.

Australia’s first military aircraft flight occurred at what is now RAAF Base Point Cook, on 1 March 1914 when Lieutenant Eric Harrison took off in his Bristol BoxKite.

From this modest beginning Australia became the only British dominion to set up a flying corps for service during the First World War. 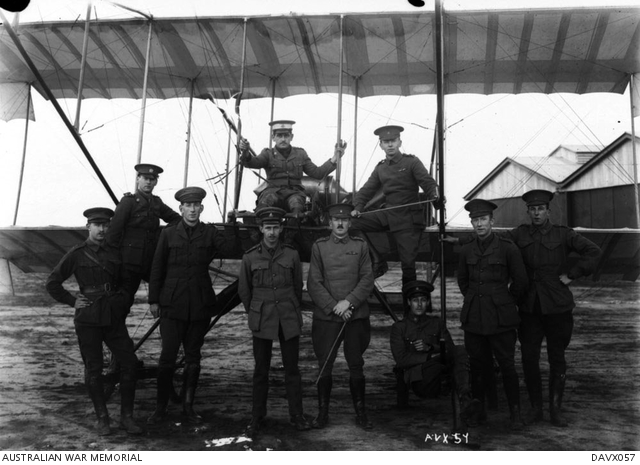 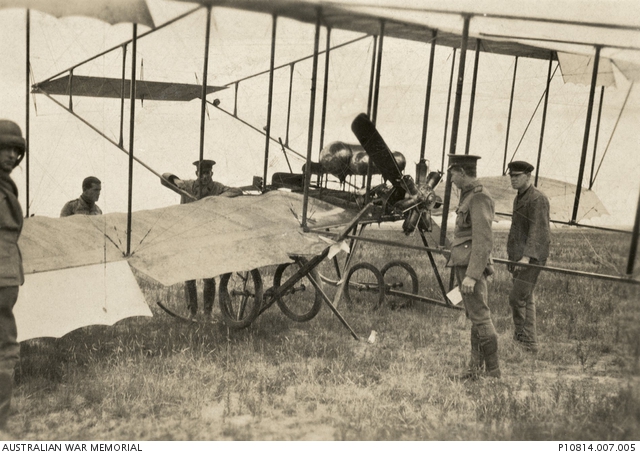 Above (left): Portrait of officers of the Aviation School, Point Cook, Victoria (1916).

Above (right): The Bristol BoxKite