Within this hallowed structure are two copper capsules. One capsule contains the names of the 209 Australian Flying Corps airmen who lost their lives in the Great War and was interred inside the Memorial during the its inauguration in 1938.

The other capsule was interred in the Memorial in 2016 to commemorate the 100thanniversary of the deployment of the Australian Flying Corps in the Great War.

This second capsule contains the names of 11,401 Australian Flying Corps and Royal Australian Air Force airmen and airwomen who up to that time have lost their lives on operational service. 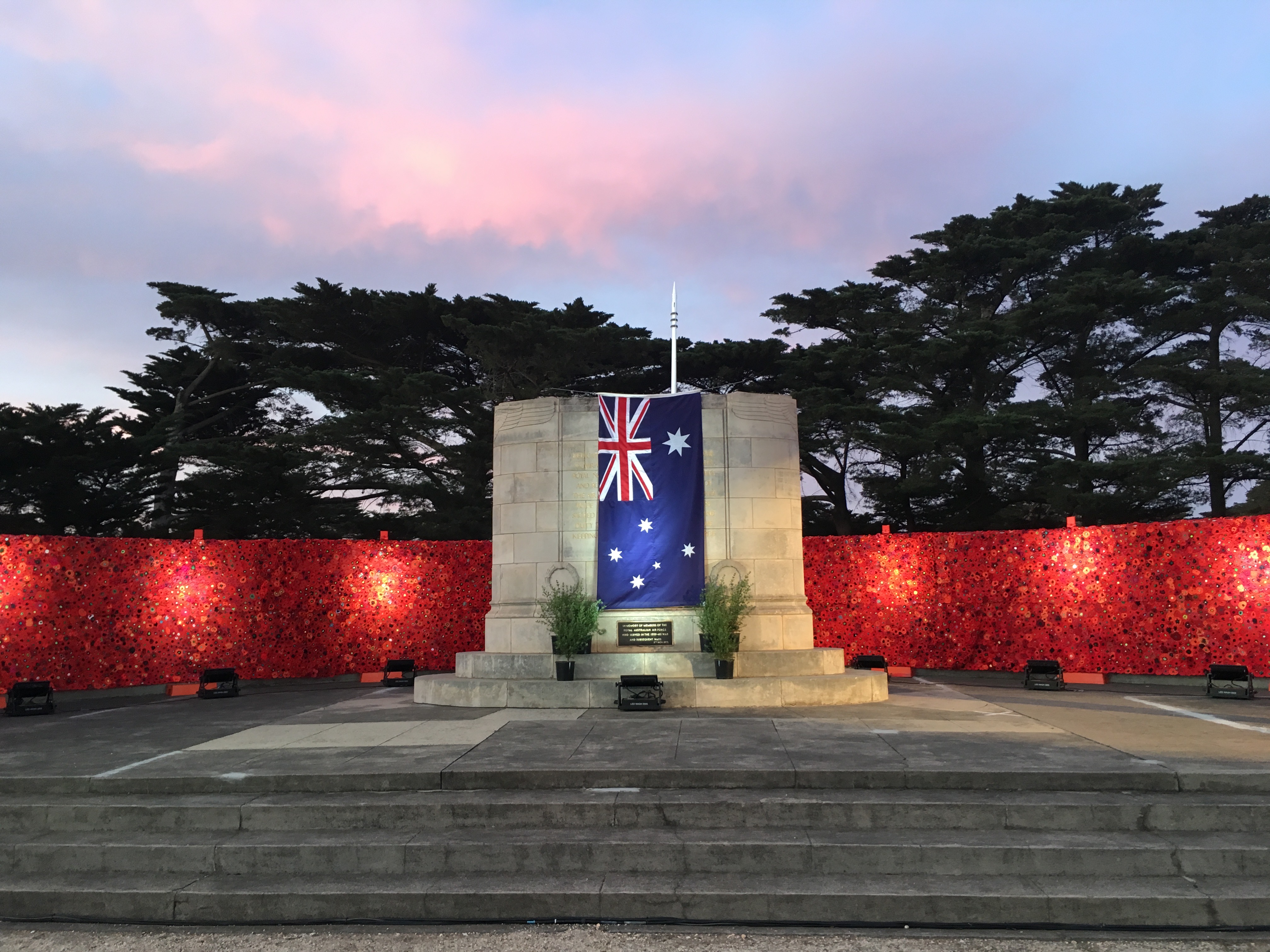 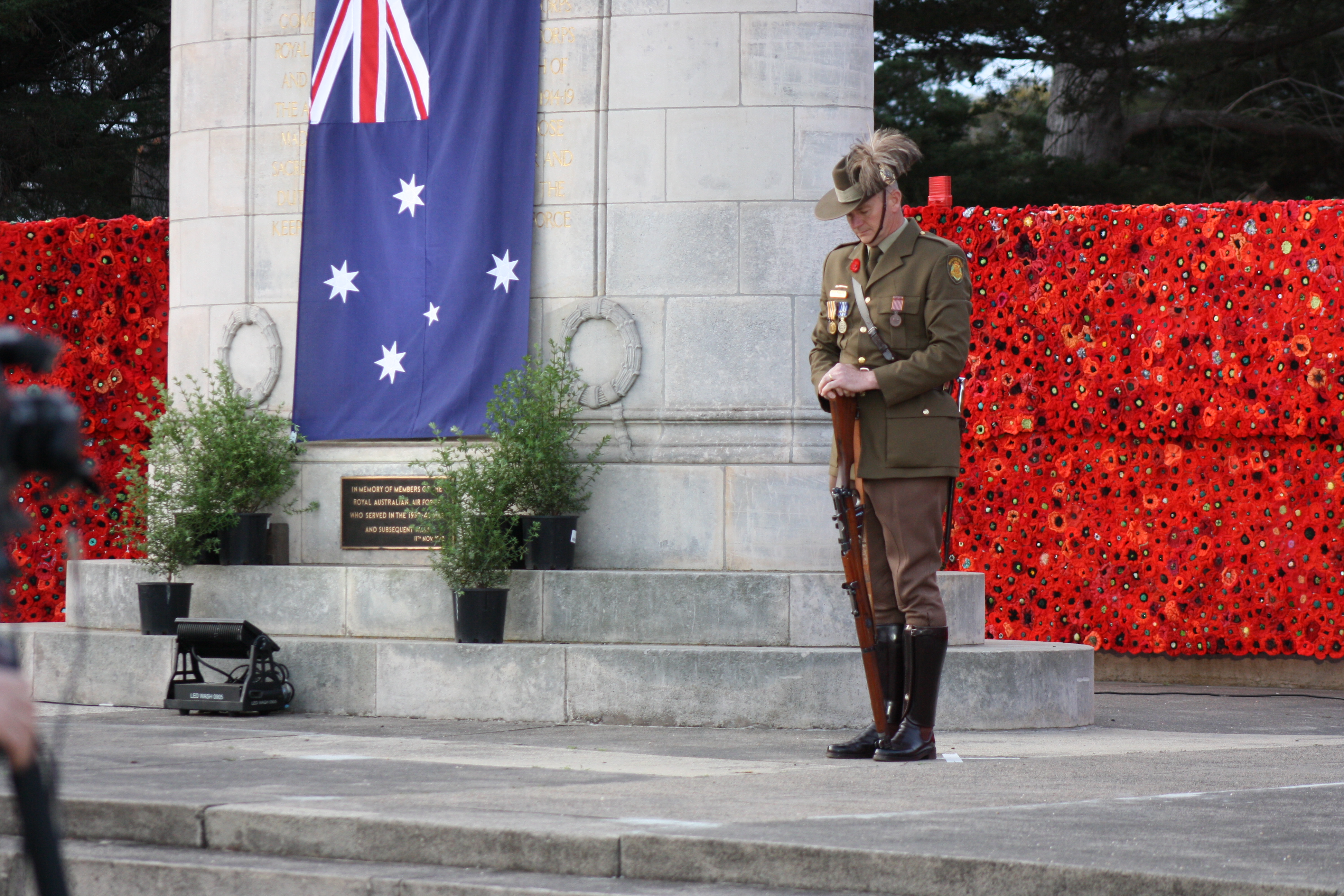 Above Left: The AFC Memorial surrounded by a poppy wall for the 2018 Centenary of the Armistice Commemoration.

Middle: The two copper capsules interred in the AFC Memorial at RAAF Base Point Cook.

Above Right: Memorial Guard, Bob Roberts, takes post at the 2018 Centenary of the Armistice Commemoration.