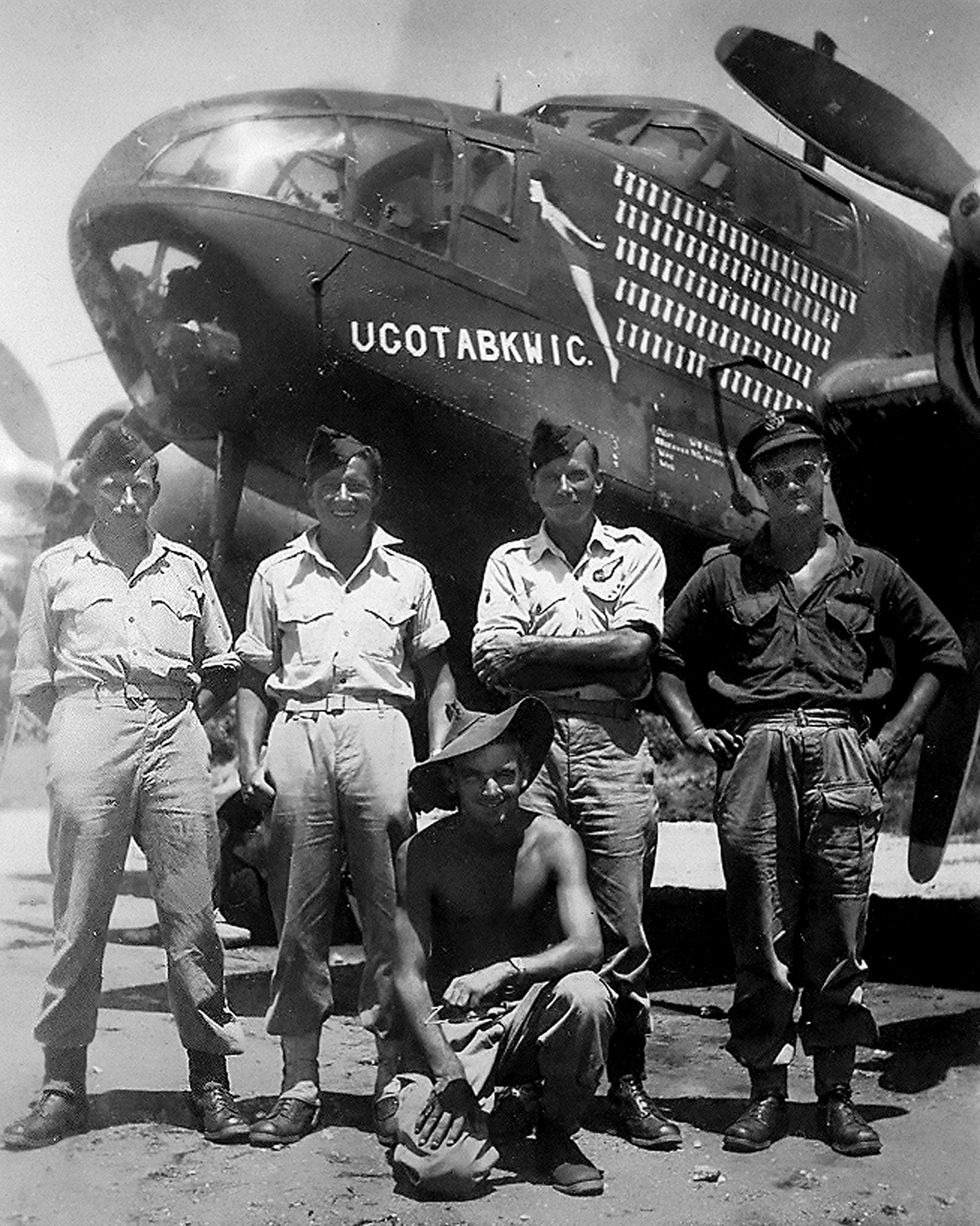 Our father, Keith Watts, served with the RAAF during WW2 as a navigator in Beauforts. Initial operations were with 14 SQN in Pearce flying anti-submarine patrols over the Indian Ocean.

The crew were transferred to 100 Sqn in Taji, New Guinea where, in Beaufort A9-659 (UGOTABKWIC), they flew bombing and strafing strikes in support of the Australian Army up to, and including, the day Japan surrendered.

Although most of the squadron aircrew and aircraft returned to Australia almost immediately after the surrender, A9-659 and its crew remained until the end of February 1946.

Returning to Australia he flew with 37 SQN in C-47s until June 1946 and he was discharged as a Flying Officer a few months later.

Prior to his discharge, he joined the RAAF Association in what was to later evolve into the North Metropolitan Branch. From the earliest days he became a committee member and shortly thereafter an office bearer.

From the age of thirty-three until he was past 102 years of age he remained an office bearer at either Branch or State level, most of the time simultaneously.

As boys of ten and seven in 1946, my brother and I were frequent visitors to the Branch in the old Essendon Council steamroller shed next door to the Essendon Baths. We grew up with the Air Force Association and its goings on were an integral part of our family.

We were, and still are, proud of Dad’s contribution to the Association over many decades. We have marvelled at the way he and his many comrades progressed steadily from meeting in a tin shed built to house a steam roller (which, by the way, was once driven by Dad’s father) into the elegant accommodation and sophisticated operation it is today.

Wartime service in the RAAF and then the Association moulded our father and influenced our family greatly. We are comfortable with the knowledge that his contribution to the Association was well balanced by the comradeship and wonderful experiences he (and sometimes we) enjoyed over more than 70 years.

We are very grateful to the Association for hosting Dad’s centenary and more recently his wake in October. 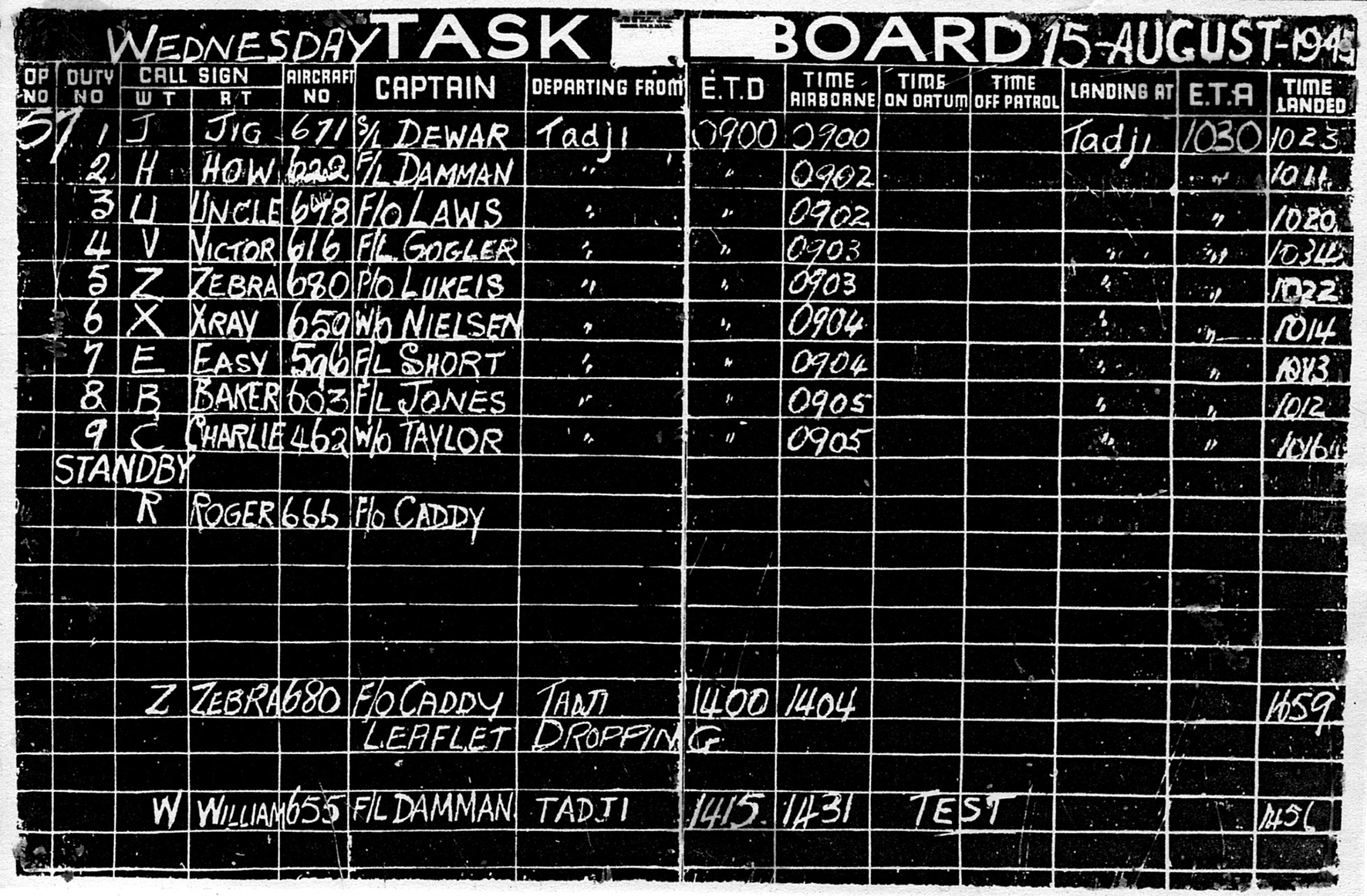 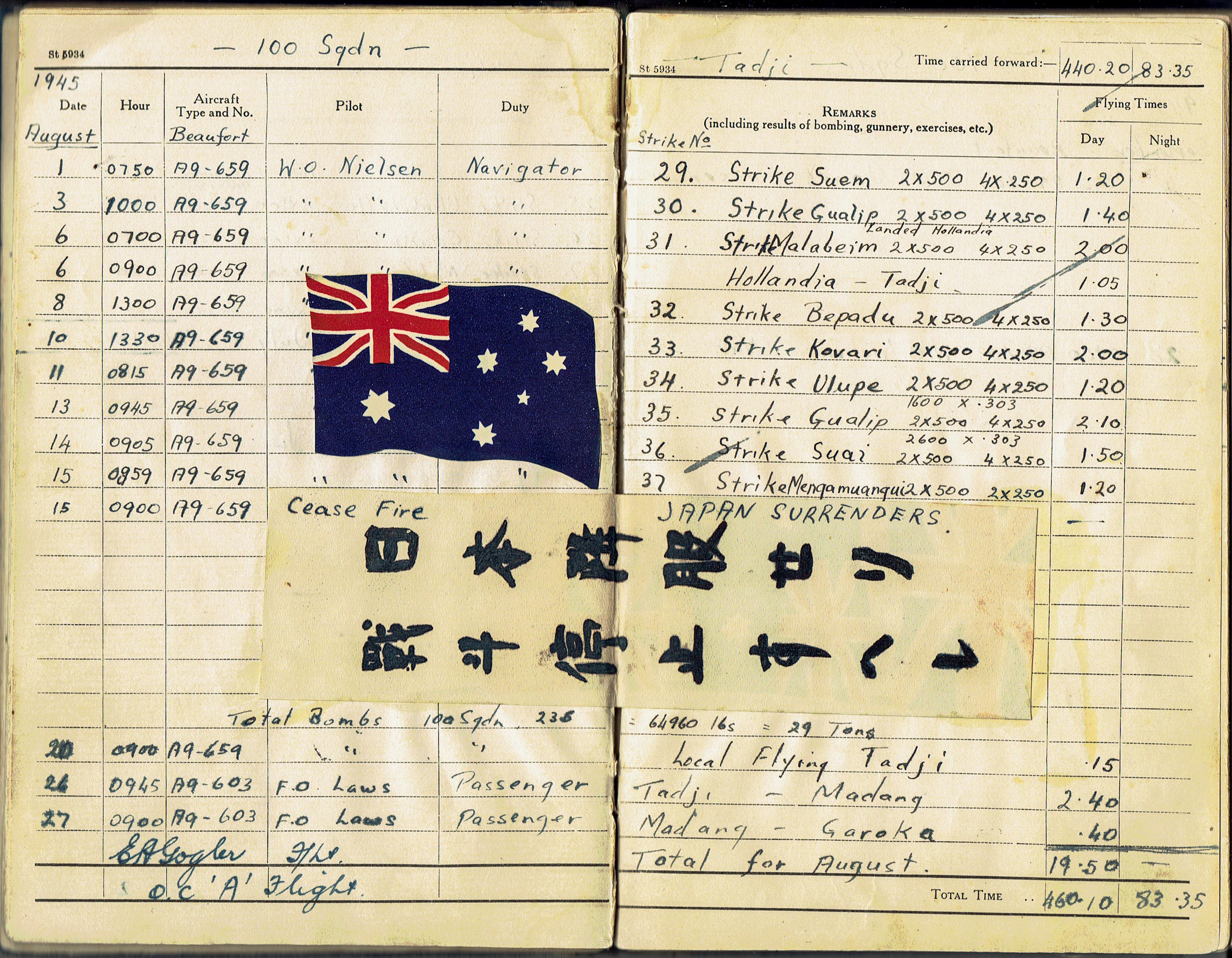 Above left: The Task Board for the last day of the war and Keith’s aircraft is number 6, Pilot W/O Neilson.

Above right: Photo from Keith Watt’s log book for their last strike which was carried out after the surrender.