WW2 and RAAF veteran Jack Bell spoke with Neil Mitchell on ANZAC Day of his experiences as a PoW and shared his profound message of compassion, respect and honour. 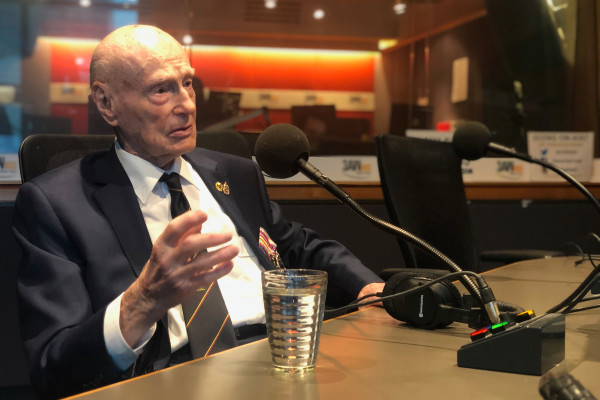 The World War II veteran, who was a prisoner of war, said he is still haunted by what he saw.

“I still have nightmares. Even now,” he told 3AW’s Neil Mitchell.

Mr Bell said post-traumatic stress disorder prevented him from speaking of his war memories until his later years, but in 1987 his daughter urged him to write his experiences down.

“I gave one copy to each of my kids and grand kids,” he said.

He shared an important message with Neil.

“Show compassion to everybody.

“There’s no such thing as enemies, they’re people just like we are.”