As is custom, the presentation of the educational bursaries preceded the annual RAAF Vietnam Veterans Association (Vic) AGM, generously supported by the RAAF Association Foundation.

In 2009, the RAAF Vietnam Veterans Association (Vic) and the Vietnam and Associated Veterans Sub-Branch, together with the Air Force Association Foundation, instituted an annual bursary to provide financial assistance in recognised educational or training courses to direct relatives of Vietnam veterans.

The two awardees this year were Richelle Borman, granddaughter of Flight Sergeant Barry Anderson who served as an Instrument Technician at various bases including Point Cook and Laverton during his 20-year Air Force career and Madison Biolobrzeski, granddaughter of Group Captain Carl Schiller.

Richelle is about to start a degree in Engineering and Civil Infrastructure at RMIT and Madison resumes her Bachelor of Teaching course at Swinburne University of Technology.

Madison is hoping to accelerate her course so she can begin work as a Primary School teacher as soon as possible.

A bursary winner from last year, Lucinda Sonneman-Mathieson, was also in attendance at the ceremony with her grandparents (grandfather Ross Mathieson was a 9SQN helicopter pilot in Vietnam) to offer a few words of appreciation, as she was unable to attend her own bursary presentation in 2019.

You can find out more about the bursaries by visiting the Vietnam Veterans Branch page of the AFA Victoria website. 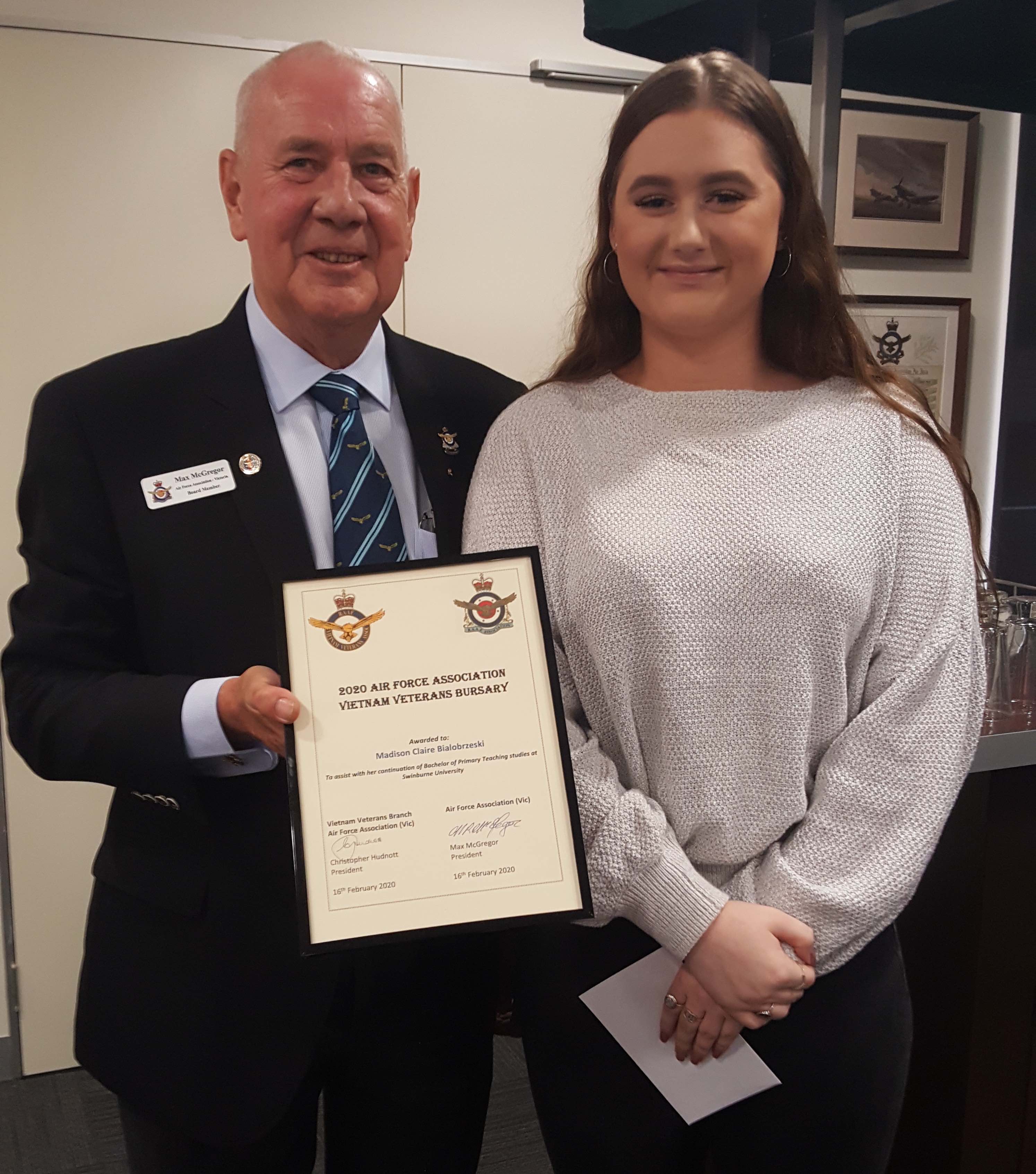 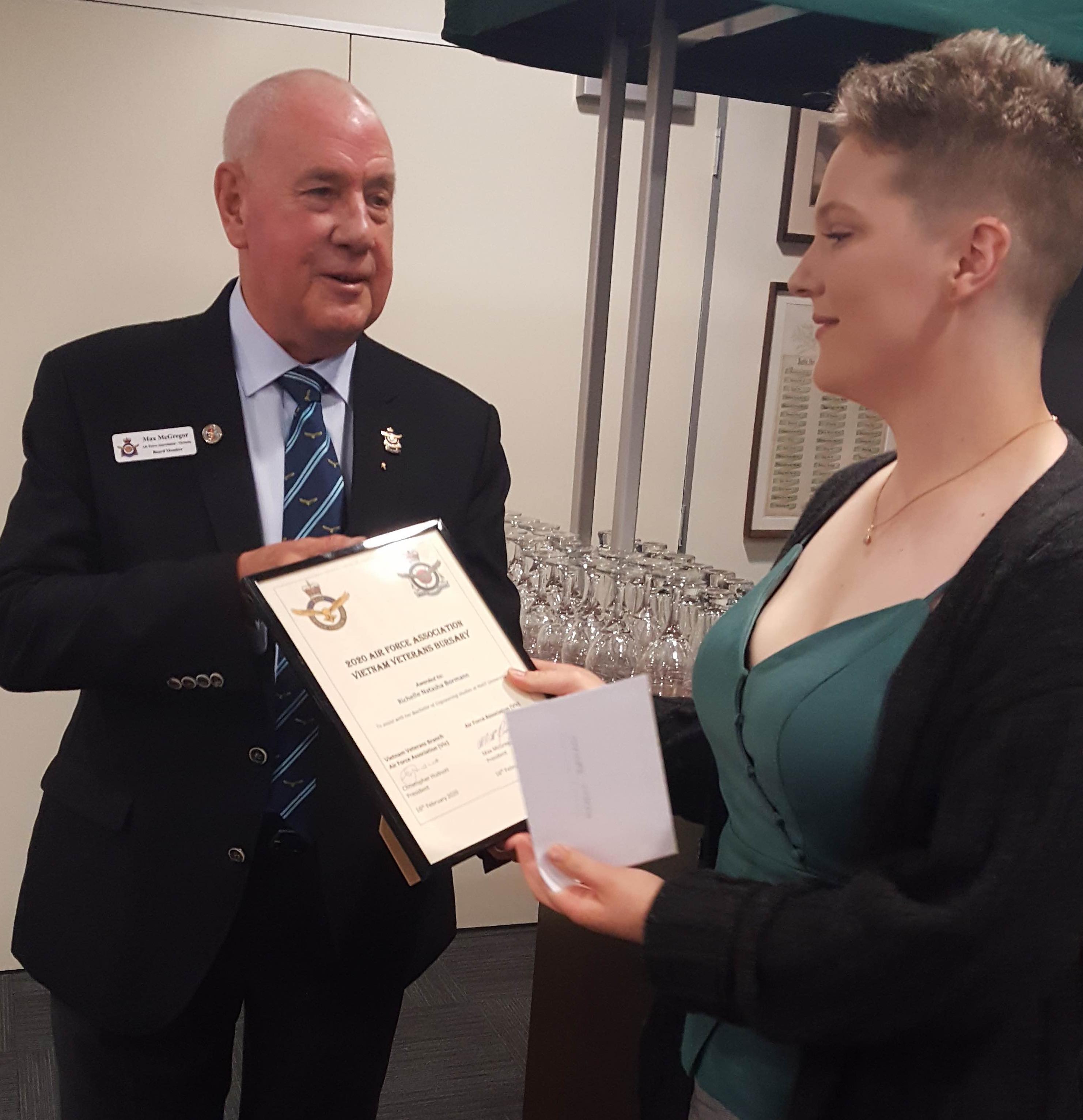 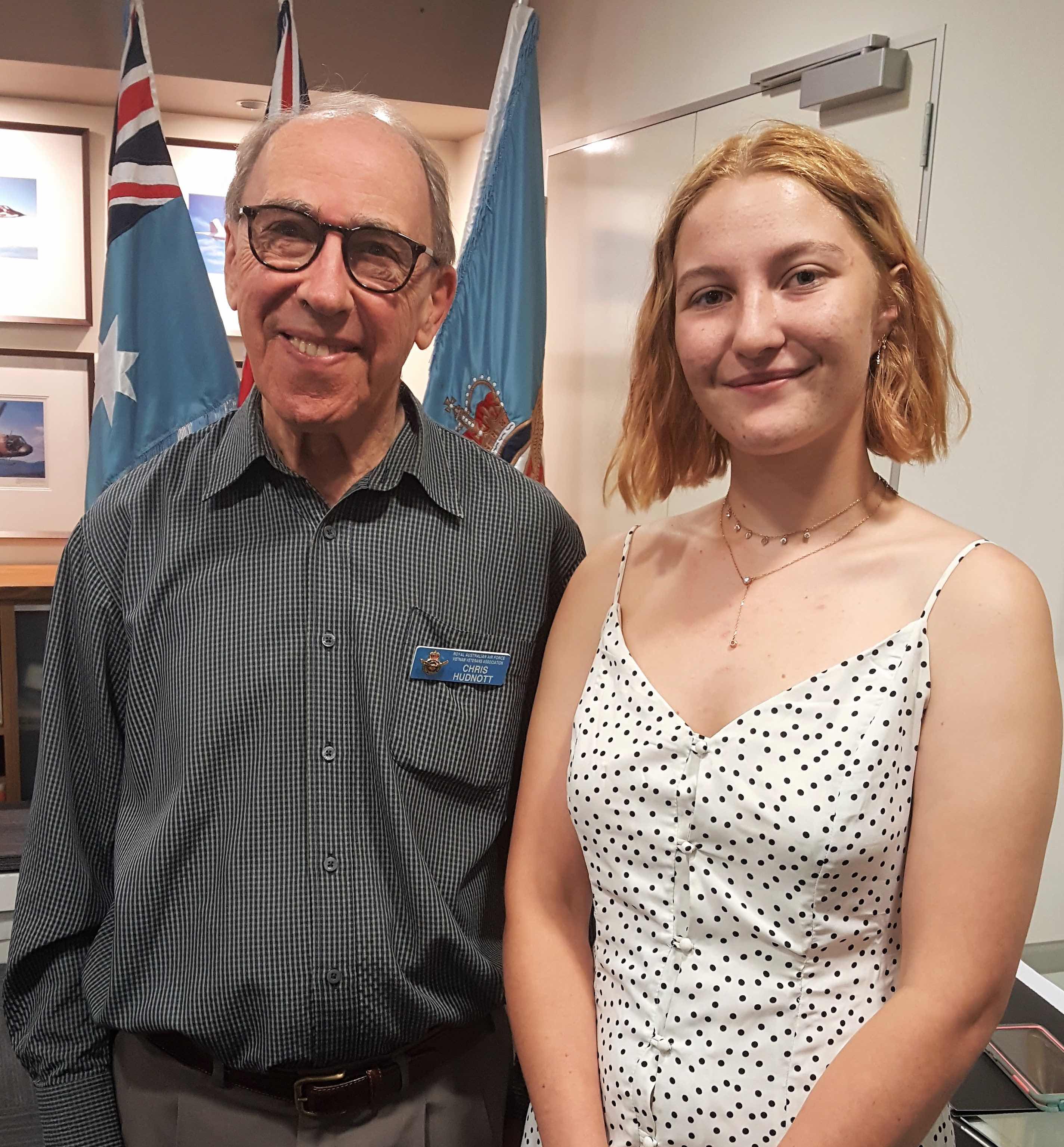 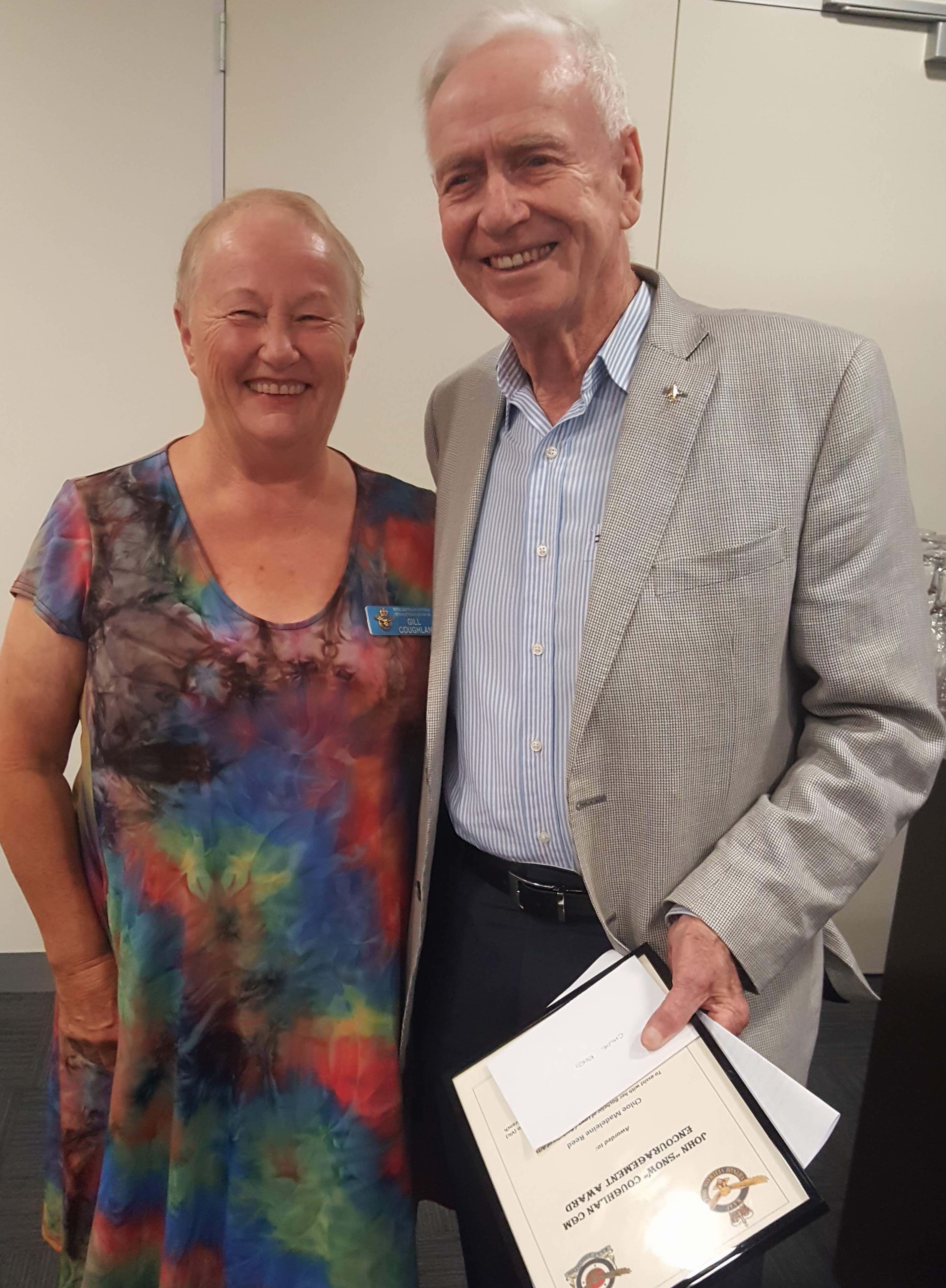