We Celebrate Our 100th Anniversary

The Air Force Association celebrated our 100th Anniversary at a Centenary Dinner in Canberra on 26 February.

The Guest of Honour and Speaker was Air Marshal Mel Hupfeld, AO, DSC – Chief of Air Force who was accompanied by his wife Louise.  Other VIPs included Air Chief Marshal (Retd) Sir Angus Houston, KT, AFC and his wife Liz, and Warrant of the Air Force Fiona (Fee) Grasby, OAM.  Seventy-four members including partners travelled from as far away as WA.  The occasion was wonderfully supported by the Air Force Band’s Sydney detachment led by Warrant Officer Ian Waddell.

National President, Carl Schiller welcomed the guests and briefly described the first meeting that took place 100 years ago in Melbourne among Australian Flying Corps WW1 veterans.  The discussions led to the formation of Australian Flying Corps Association, the forerunner of the Air Force Association we know today.  Its objectives of supporting veterans, promoting an air defence capability, and honouring those who served and lost their lives in the service of Australia remain the Association’s principal aims today.  The Association has broadened these time-honoured objectives by extending support to veterans and families of any Service origin.

Carl stressed the need for the Association to look forward and adapt to the current environment.  Its 100-year existence will not guarantee its continuity and that all members have a responsibility to ensure the legacy bestowed on us by our Australian Flying Corps veterans endures.

He stated the Air Force Association has a desire to work closely with Air Force to ensure serving and ex-serving members receive the support they need for a happy life.  Only veterans and their families appreciate the meaning of ‘the unique nature of military service’ and the impact on families.

Carl also advised the Association’s State and Territory Presidents had made a milestone decision to form a Joint Boards Steering Group to investigate ways to transform the Association into a modern veteran and family support organisation.

He praised the work of Brigadier (Retd) Jim Campbell, AM who is Chair/Facilitator of the Steering Group for his extensive experience in the not-for-profit sector and his pro-bono work towards improving our Association.  He graciously thanked Air Marshal Hupfeld for accepting the offer to be Patron of the Air Force Association and his support for Warrant Officer Grasby to be a member of the Joint Boards Steering Group.

Air Marshal Hupfeld acknowledged the Air Force Association had an important role in supporting veterans – serving and former serving members - and welcomed its support and closer association with Air Force. He praised the foresight of those Australian Flying Corps veterans who instigated the establishment of the Association and the century-long contribution towards veterans and families’ well-being.  The Air Marshal elaborated on the modernity of Air Force and the challenges it faces adapting to changing and advancing technology. He stressed the importance of a technically advanced service that must be supported by a professional workforce – service personnel, Defence APS, and civilian contractors.

Air Marshal Hupfeld endorsed the comments made by Carl Schiller that the Air Force Association must be influential in preserving veterans’ rights and adapt to the modern environment.  He looked forward to his tenure as Patron and welcomed regular input on the Association’s well-being and its modernisation program.

The fellowship that took place at the dinner was a clear indication of the occasion’s success.  Guests were most fortunate the gathering took place before the impact of COVID-19 that has subsequently interrupted our lives. 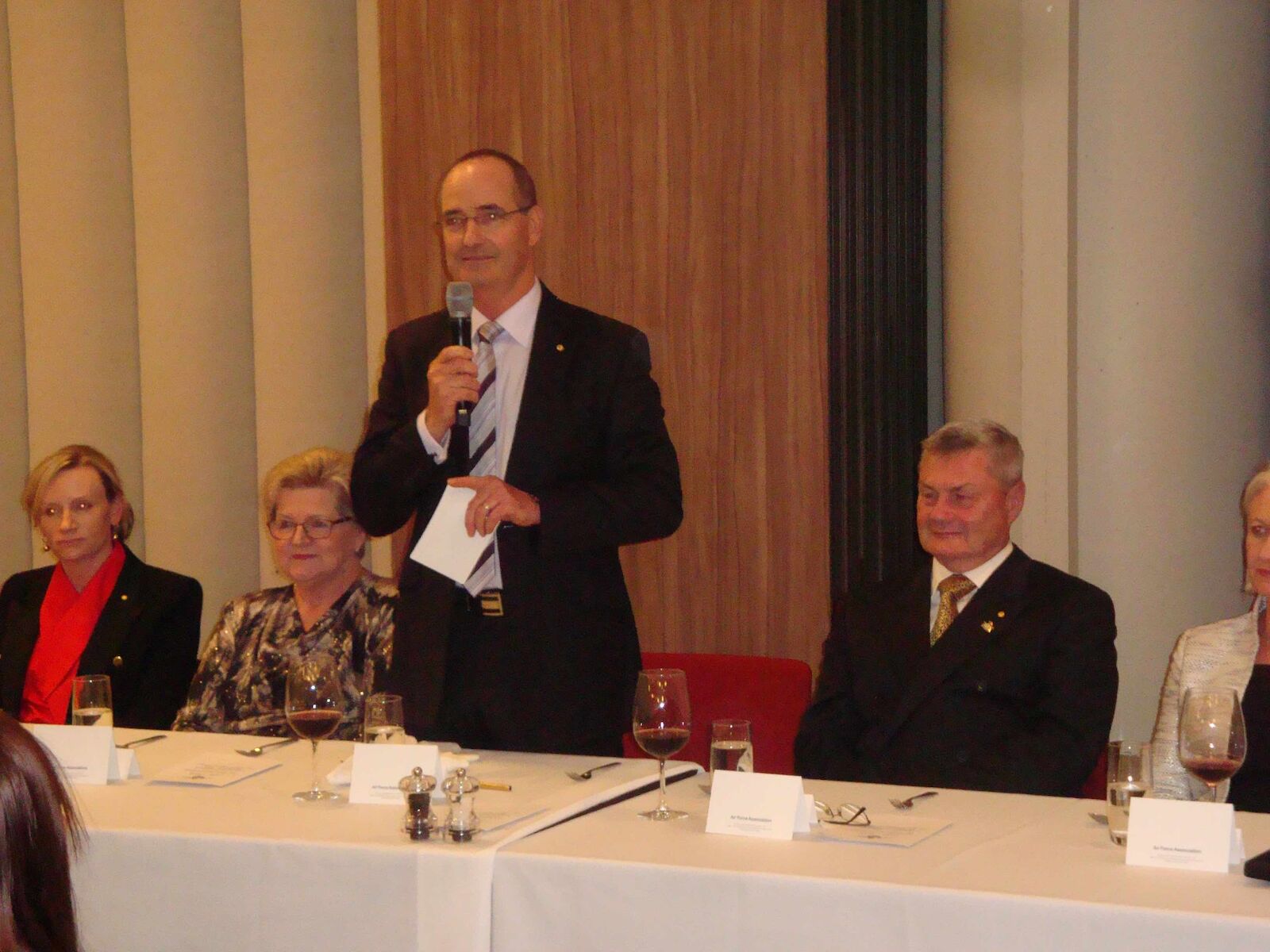