WWII veteran and former POW, Jack Bell spoke with 3AW’s Neil Mitchell ahead of the 75th anniversary of the end of the Second World War in Australia.

Jack, whose aircraft was shot down, spoke of his experience being held captive by Germany and of the upcoming VP Day commemorations.

In a message to Neil Mitchell following the interview, President of the Air Force Association Victoria, Max McGregor noted, “Jack Bell is an inspiration to veterans of all ages, and to the wider community as well.”

“It would be understandable if Jack, when speaking publicly of his wartime experience, displayed anger and resentment. However, he does not, for his is a positive message of understanding and compassion, not only during times of war and hardship but throughout his life thereafter.”

You can listen to Jack’s interview by clicking on the image below: 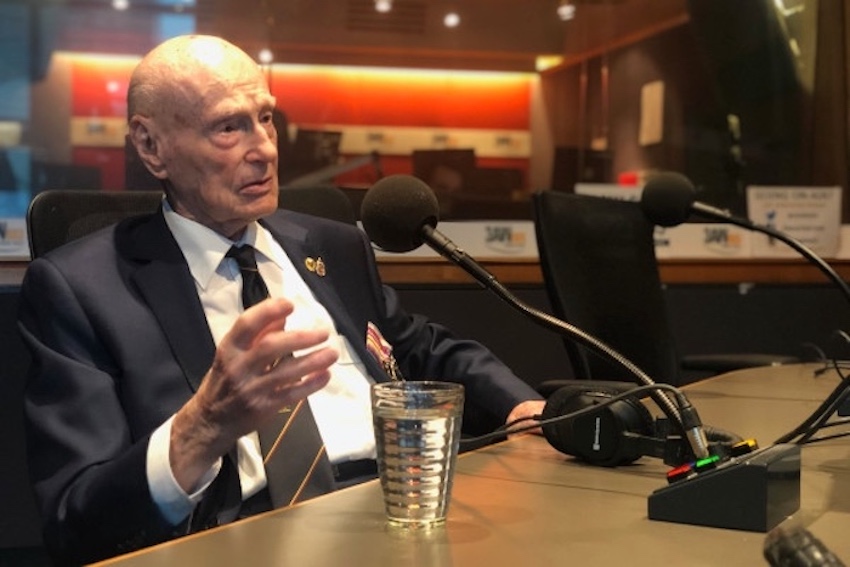