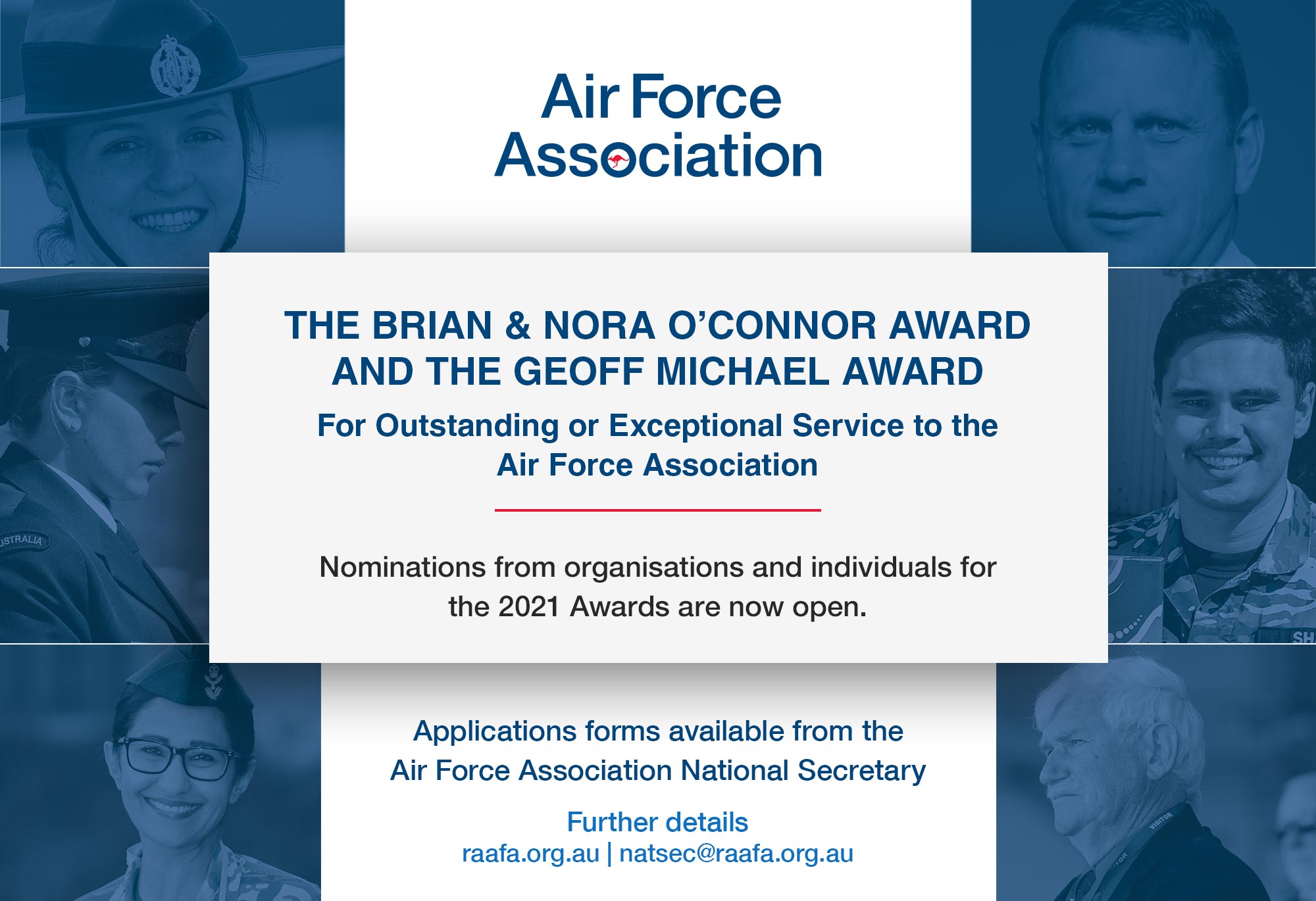 Nominations for the 2021 Brian & Nora O’Connor and Geoff Michael Awards are now open.

The Brian & Nora O'Connor Award, and the Geoff Michael Award recognise outstanding or exceptional service, not merely long service, in one or more roles. Accordingly, they are not necessarily awarded every year, either because no nominations were received or those submitted did not meet the high standards of service required.

The Brian & Nora O'Connor Award is awarded to an organisation that has rendered "outstanding" service to the Air Force Association, a Division or a Branch, in the preceding calendar year or over an number of years.

The Geoff Michael Award is awarded to an individual, who has rendered exemplary service to the Air Force Association and contributed to the enhancement of its public reputation and recognition.

Nominations require a proposer and seconder, and must be endorsed by the Division in which the nominee resides (if an individual) or is located (if an entity), and must address all criteria on the nomination form.

Nomination forms (digital or hard copy) are available from the AFA National Secretary, (03) 9813 4600 or email to natsec@raafa.org.au.