The Air Force Association is proud to be supporting the establishment of a life size sculpture of Air Marshal Sir Richard Williams, the founding father of the RAAF and its most significant figure in its history, at Moonta, South Australia.

The initiative is a collaboration between like-minded organisations to recognise the remarkable achievements of Air Marshal Sir Richard Williams who was born and raised in Moonta.

As the first ever Australian trained military pilot, Sir Richard Williams saw distinguished service in the Middle East with No 1 Squadron (AFC), serving as its Flight Commander and Commanding Officer and then as the Officer Commanding, No 40 Wing (RAF) before completing the war as the AFC’s foremost operational commander.

Returning to Australia, Sir Richard was instrumental in the establishment and development of the RAAF between the wars showing immense political acumen fighting to not only preserve but actually expand the fledgling air force. As an aviation pioneer, he completed an endurance flight, the first international flight from Australia, when he flew to and back from the Solomon Islands in 1926 with another pilot and a mechanic. 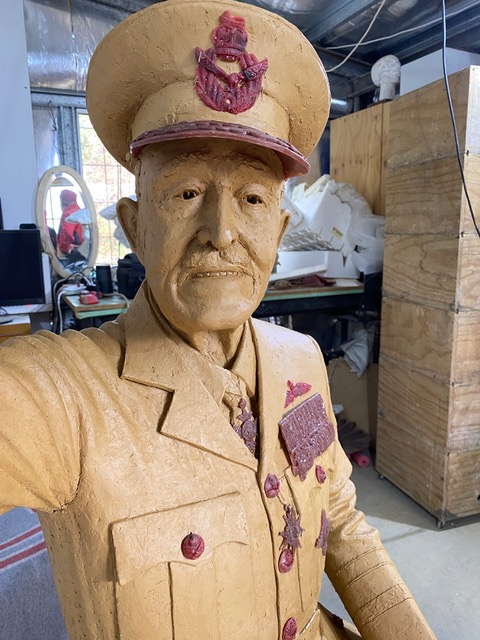 The sculpture is designed as if Sir Richard  is in conversation with people recalling a story from his days serving with the Australian Flying Corps pointing to the sky over the Moonta township. Alongside the sculpture will be a large granite rock with a plaque detailing his impressive biography.

Created by noted South Australian sculptor Tim Thomson, the sculpture is near completion as a clay sculpture which will then be used to produce a series of molds for the final bronze cast sculpture. The clay rendition shows incredible detail.

The finished sculpture will be unveiled on 29 August 2021 at a major celebration in Moonta as a keynote event of the Air Force Centenary year in South Australia. 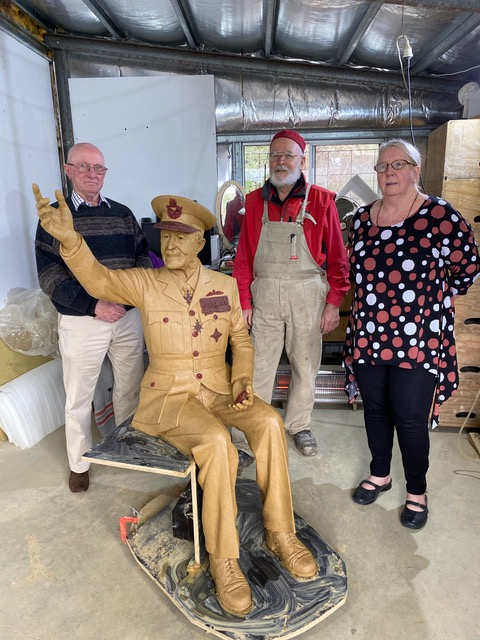 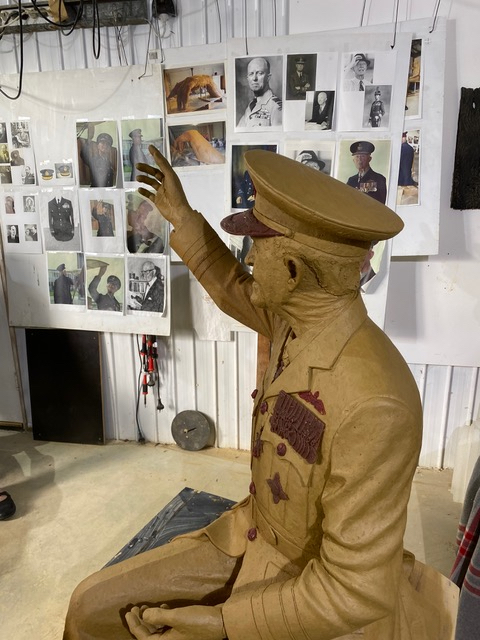 Above (right): The sculpture is designed as if Sir Richard Williams is in conversation with people.