The Alliance of Defence Service Organisations (ADSO) has released a media statement outlining its policy objectives for 2022-25.

Excerpt: "The Alliance of Defence Service Organisations (ADSO) welcomes the opportunity to announce its core Policy Objectives (attached) for the period 2022 to 2025. They are intended as a timely reminder to all sides of politics seeking election to the 47th Parliament of Australia that a significant portion of the veterans’ community, speaking largely with a single voice, continues to seek redress of a series of key issues that are of major concern, many of which have remained outstanding for far too long."

"ADSO calls on both sides of politics to acknowledge the contribution of the ex-service entities in the community, including ADSO, by funding their work more appropriately in performing their welfare functions on behalf of Government and DVA, and the broad Australian veterans’ community."

Full media release and Policy Objectives document are below. 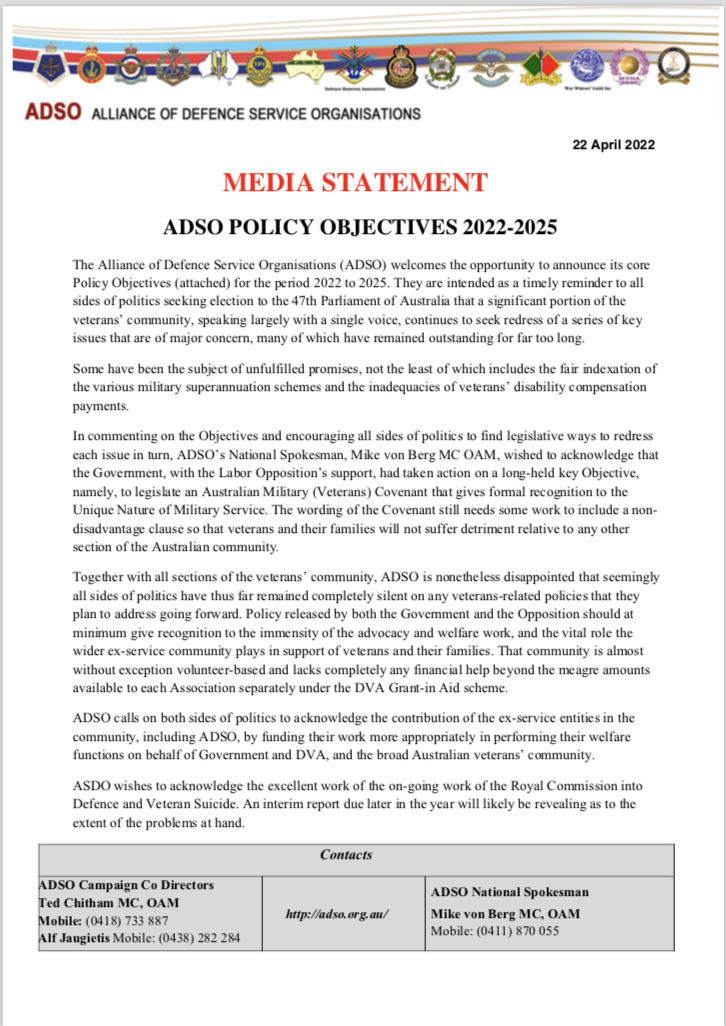 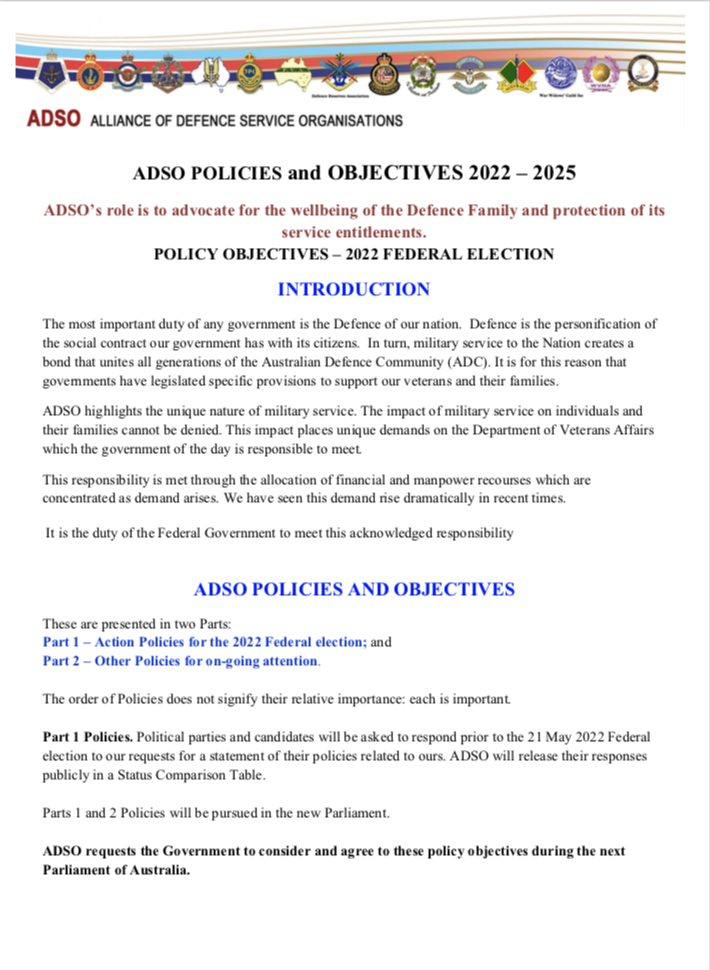