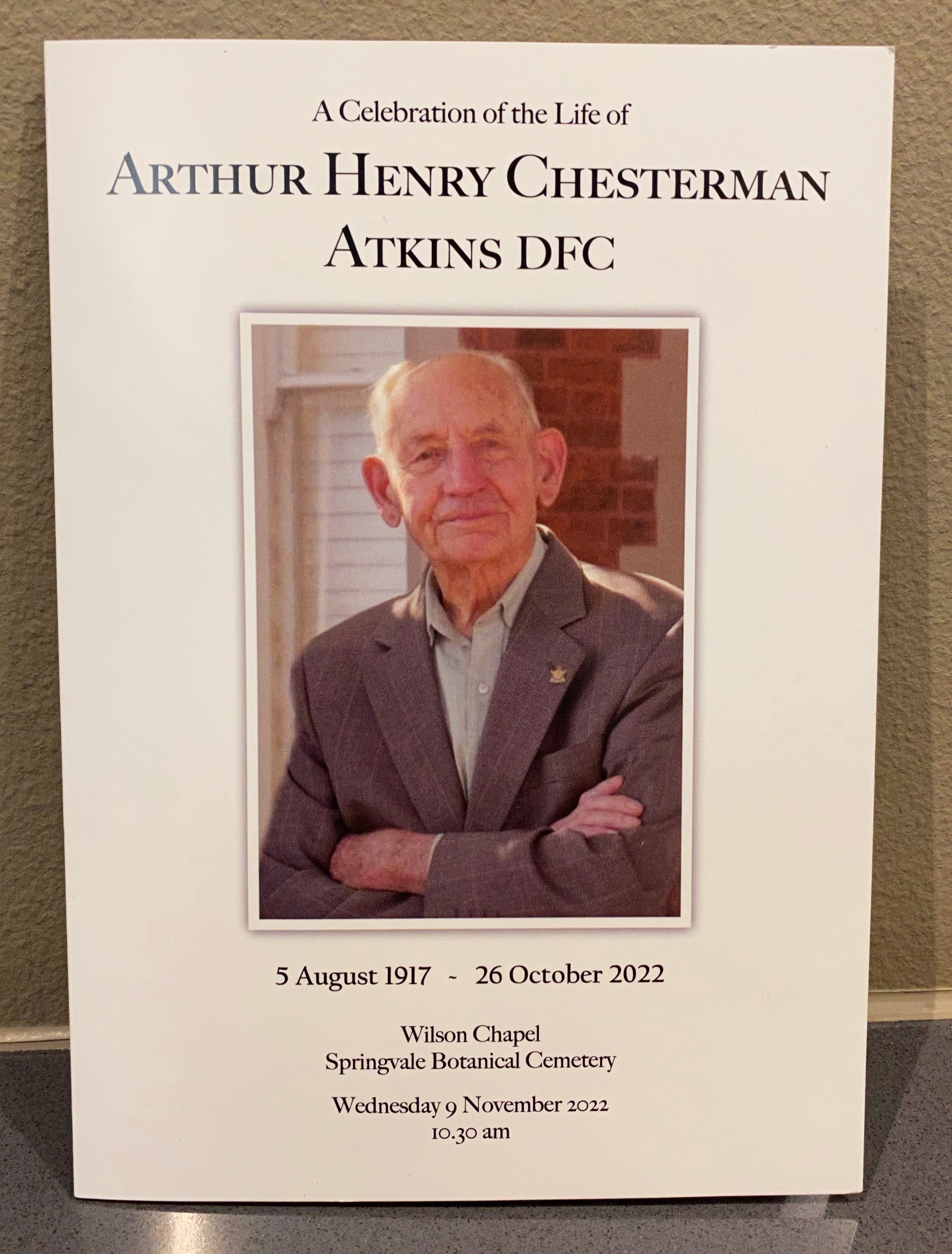 He built and flew model planes. He was a member of the Cub Scouts. He was lucky enough to take his first flight aged 8 or 9, when two Cubs at a time squeezed in together in the open cockpit of an Avro Avian flying from the old Coote Island aerodrome just west of Melbourne.

Arthur really wanted to be a pilot. But in the early 1930s, how on Earth could a lad from Surrey Hills in Melbourne ever afford flying lessons?

By winning them, of course. So Arthur entered a competition run by the Sun News Pictorial newspaper. The prize was enough flying tuition to get a pilot licence. “But I didn’t win!”

Maybe the Air Force would pay instead, he thought, and tried to enlist in his final year at school. But the inter-war Air Force was not very big, and there were lots of other people who also dreamed about becoming a pilot. 2,000 people applied for just 20 positions.

Putting his dreams aside for a moment, Arthur qualified as an accountant.

And then the Second World War broke out, and he got his chance.”

(The above is an excerpt from interview with Arthur Atkins - (c) 2016 Adam Purcell, Something Very Big)

During WWII, Arthur transferred from the army to the RAAF and started pilot training in Australia, completing his elementary flying training at 11 EFTS Benalla, then SFTS at Mallala on Avro Ansons. 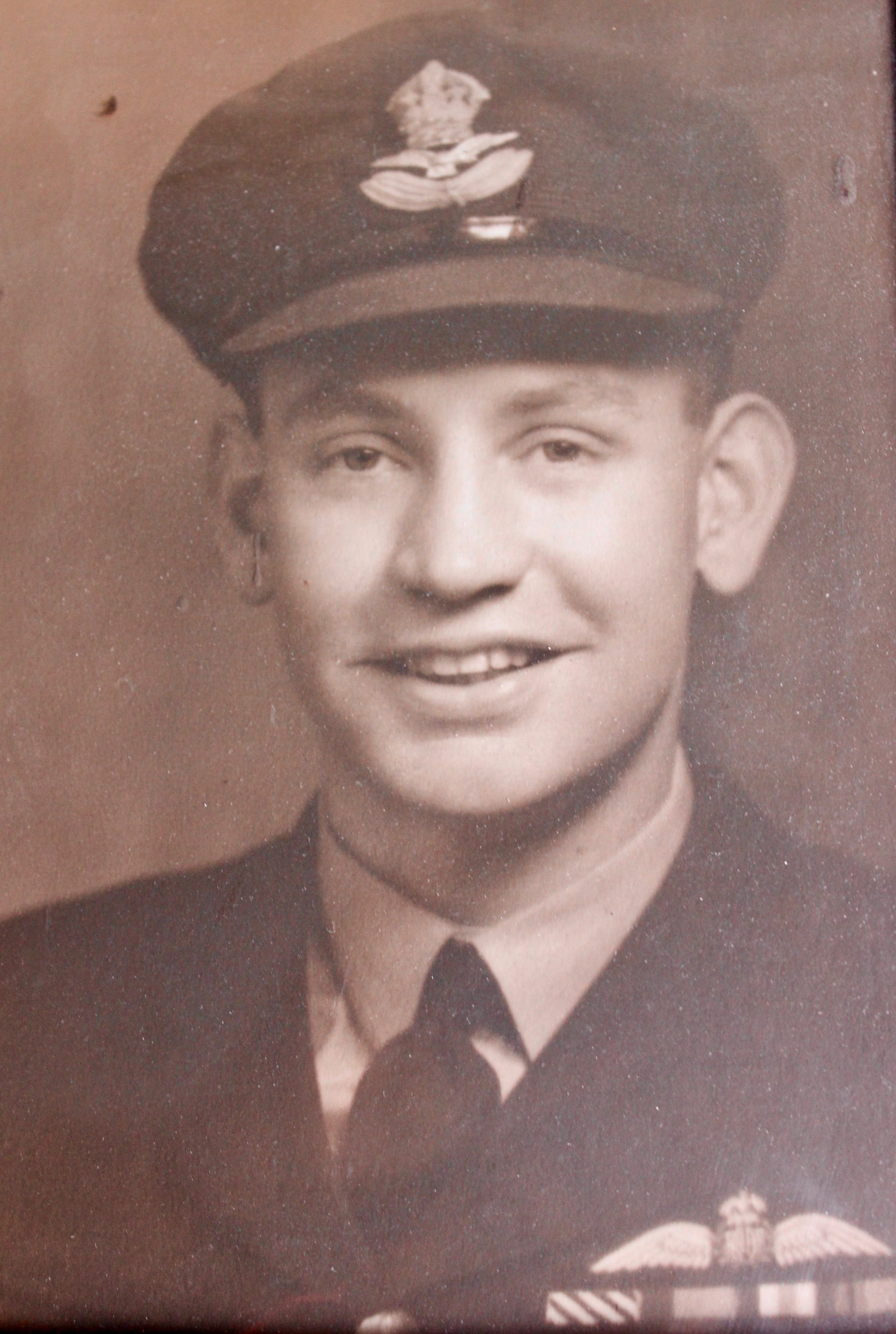 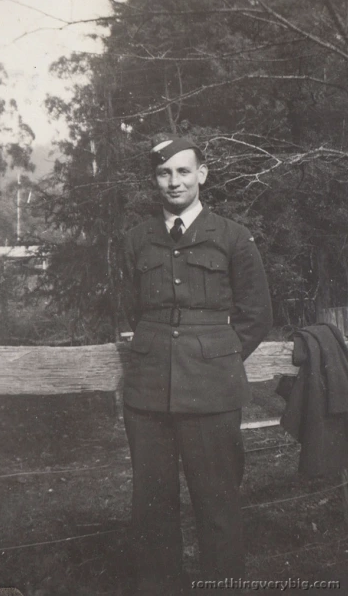 He was posted to England, where he trained on Wellingtons then Lancasters at No1 Lancaster Finishing School. In July 1944, he then was transferred to Lancasters and served with 625 squadron of the RAF.

In July 1944, he was posted to 625 Squadron at RAF Kelstern, completing 32 missions as a Lancaster Bomber pilot.  Among the operations he describes are leaflet drops over Chartres, the bombing of the Opel factory at Rüsselsheim, the Gironde Estuary, Le Havre, Frankfurt, Cologne and Stettin. He completed 32 operations.

Arthur was one of the few people to survive 32 missions in a Lancaster over enemy territory and for his work was awarded a Distinguished Flying Cross in 1945. He left with the rank of Flying Officer in the RAF. 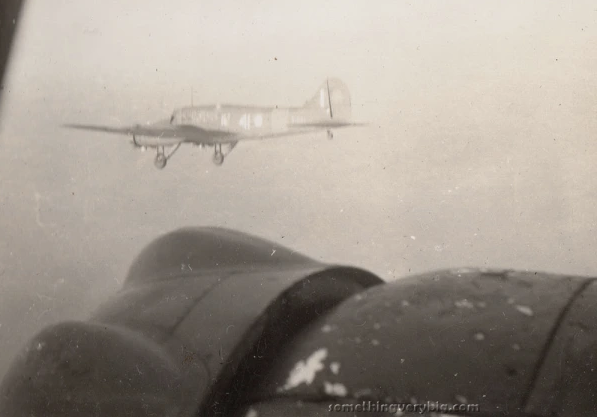 Above: A very rare air-to-air photo, taken by Arthur, of another Anson as he flew over Mallala. (image courtesy Adam Purcell)

Arthur was a lifelong rower and was Mercantile Rowing Club’s oldest and longest serving member – joining the club in 1936 - and later the Club’s patron. 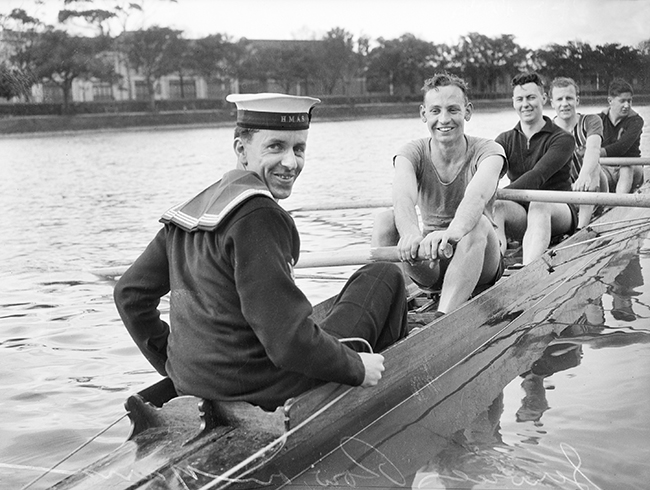 Above: Arthur Atkins in the stroke seat of a military crew.

After the war, Arthur married Betty in 1950 and had a son Roderick and daughter Mandy. He was partner in the business Simpson Gloves in Richmond until his retirement in 1987.

Arthur’s love of rowing continued throughout his life. After his retirement in 1988, he donated a racing eight to the Club, the bow  which remains on the Clubroom walls.

In  2016, he donated another racing eight to the Club, which he requested be named as memorial to one of his wartime best mates who did not return from piloting a bombing raid over Stuttgart. The boat was named the David D Browne.

Arthur was always ready to share his stories of war service and was the subject of a number of veteran interviews and podcasts.

One of the more interesting interviews with Arthur Atkins in 2017 was recorded with Adam Purcell, the creator of the Something Very Big website and blog that celebrates Bomber Command related stories. The following links

Arthur was a valued member of the Air Force Association for over 27 years. We send our sincere condolences to Arthur’s daughter Mandy, son Roderick and their families.