The 76th Anniversary of the Battle of Bismarck Sea Commemorative Service was held at RAAF Base Richmond on Thursday, 7 March 2019.

The event commemorated the service of Royal Australian Air Force personnel from No 11 Squadron, No 22 Squadron, No 30 Squadron and No 100 Squadron, along with the United States Army Air Force in the Battle of the Bismarck Sea from 2-4 March 1943.

The battle saw a combined force of 90 aircraft strike a Japanese troopship convoy sailing from Rabaul to Lae, removing any likelihood that Japan would be able to regain the initiative in the New Guinea land campaign. 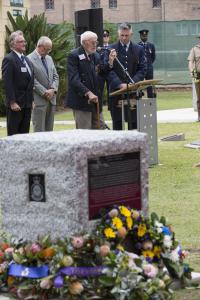