On 14 September each year, we remember and thank those Australian Defence Force personnel, civilians and police forces who have served on international peacekeeping operations.

More than 65,000 Australians have served on more than 50 multi-national missions, including members of the Australian police services, helping countries devastated by war, maintaining peace during an election or providing humanitarian aid.

Our nation’s first peacekeeping mission was as part of a United Nations (UN) operation in the Dutch East Indies (present day Indonesia) between 1947 and 1951 — one of the first UN sanctioned groups of military observers’.

In our region, Australia has led, or taken a leading role in, the multinational Peace Monitoring Group in Bougainville (1998–2003), INTERFET in East Timor (1999–2000), and the Regional Assistance Mission to Solomon Islands (2003–2017). Sadly, 16 Australians have died while serving as peacekeepers in an effort to make the world a safer place.

Currently, Australians are serving in operations in South Sudan, Cyprus and in the Middle East. 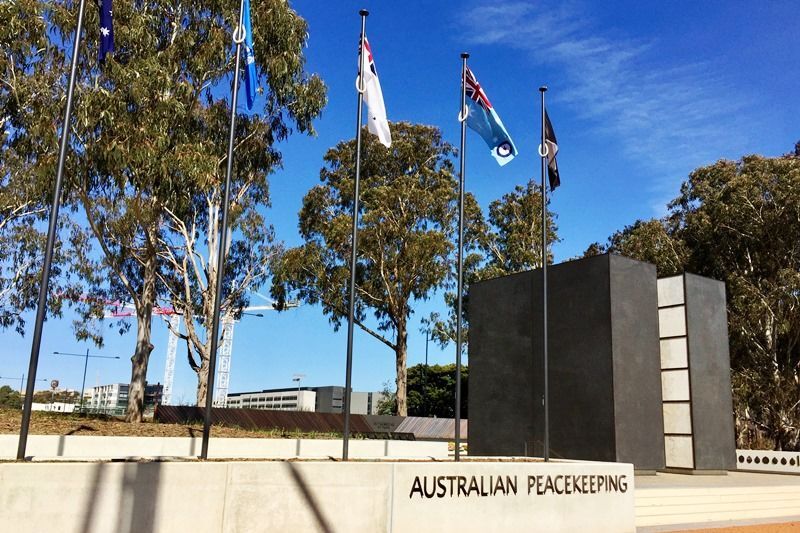 Above: The Australian Peacekeepers Memorial, located on Anzac Parade in Canberra, was inaugurated in 2017 and commemorates the courage, sacrifice and service of Australian peacekeepers and peacemakers who have served on missions throughout the world.