Rise of the Phoenix - An Australian B24 Liberator Restoration

This is the story of the restoration of Australia's only surviving B-24 Liberator and a group of dedicated people who have banded together in a common cause: to find and restore the glorious B24 Liberator.

When the Japanese brought America into the WWII it caused a great amount of panic to the Australian Government and the arrival of General MacArthur must have seemed like a gift from the gods. When he retreated from Bataan, he bought with him a large contingent of men and equipment.

Among the hardware that MacArthur managed to bring were planes that the American Army Air Force were equipped with at that time, most of which were far superior to anything Australia had. Among them were the much-vaunted Boeing B17 and the ubiquitous Consolidated B24 four engine bombers. The sleek B17 first flew in 1936 and the American press had christened it the Flying Fortress which captured everyone’s imagination.

The B24 was to say the least a bit ungainly and its squat posture and bulbous body made it the butt of B17 pilot jokes, but they were silenced when it was pointed out to them it was the box their planes came in and could easily outperform theirs.

Faced with the need to operate with heavy bombers, the Government needed to make a choice of three currently in use: the English Lancaster (ruled out since the British desperately needed every plane it could produce) and the two American planes.

The Government settled on the B24 which better suited our needs, with nearly twice the range, carried twice the bombload, was faster and at that time could operate at higher altitude. The B24 was also becoming known for its versatility and over time was used for 27 different tasks. It was produced in two versions, the twin stabiliser B24 (which we utilised) and the single tail derivative B24 Privateer. 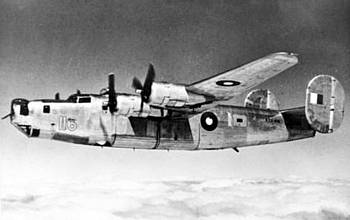 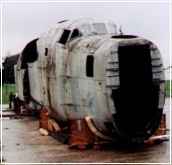 When we placed our first order, the Americans offered 12 of their “War weary “planes for crew training purposes and pilots that trained in them agreed they were indeed ‘weary’. Full of squeaks and groans they never the less they served the purpose. Together, with the 288 we ended up buying, the RAAF flew 7 squadrons of the B-24 Liberator in long range strikes against Japanese military targets in South East Asia. As such they are an important part of Australia’s military history.

After the war, the Government began selling off all types of planes at a huge discount. With the advent of the Jet aeroplane everything else was deemed useless. As far as the B24 went, the B29 and the B52 were hugely more effective, and so began the melting down on site of those still left.

In the years after war, many of the 20,000 personnel involved with the B24 were starting to regret that not one had been saved. At ANZAC commemorations and reunions there was a sense of loss and a groundswell of remorse began which led to a group of former personnel agitating for action.

Sadly, an offer by the Indian Air Force to donate a ‘J’ model B24 that had been used as a water bomber did not eventuate and the search continued.

Finally, in August 1988 a group of interested parties met at Wagga and as a result a Committee was formed with a mission statement “to locate, restore and display a B24 Liberator in an appropriate Museum for the People of Australia”. They put a B24 hub cap on the table and now 30 years later that statement is coming to fruition.

On the site of the Point Cook Satellite airfield in Werribee Victoria, the dream of those Veterans in a WW2 hangar - and like the legendary Phoenix - a B24 Liberator is rising.

*  “The Rise of the Phoenix” was the name of an ABC ‘Australian Story’ program that over two episodes outlined the story of the B24 Liberator Restoration. 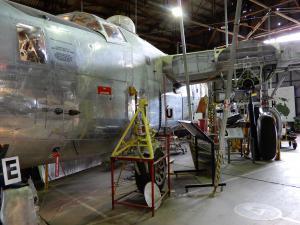